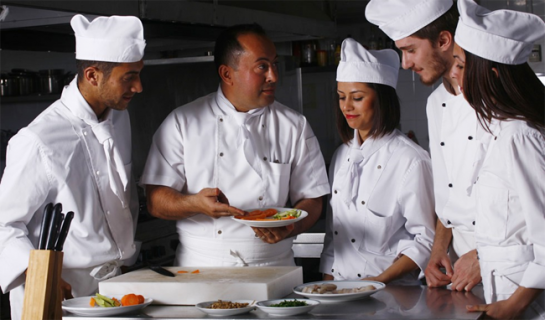 This article was first published on Hotel Online.

Many things in our world have annual cycles or seasons, such as sports leagues, holiday shopping, the school year, farm crops, you name it. There is usually a slow (or slower) season and a busy (or busier) season, two very different activity levels in play.

This industry certainly has its cycles too, where business levels fluctuate between in-season crazy/busy/zany/frantic times and the “wake me up when a customer comes around” slower times. The latter condition is commonly and insufferably known by most as the off-season.

“Come and visit during the off-season, our rates are much lower because no one is here.” “Wait to buy those in the off-season, as we run a lot of specials then because we’re really dead at that time of year.” I’ve heard both these statements. Compelling, eh?

Shutter the thought. Even the very term itself can hold your team or organization back. Here’s how…

So it’s your off-season? Keep your team off the NoDoz

When learning about my clients’ business cycles prior to developing a training initiative, they inevitably tell me about their off-season when business is slower for them, such as a summer resort in the winter or a Christmas products company in July.

It’s my experience that for many businesses, in those so-called off-seasons, service often slips and people take their eyes off the ball. Some folks literally shut their brains off when they hear off-season, as they gear down their efforts with fewer customers to take care of. Ho hum. The team’s performance slumps. Cruise control takes over. Chill, baby, chill.

That is one reason I try to forego eating in restaurants on really slow nights. Almost without fail, we usually get better service on busy nights. Go figure.

Here’s my take on that: When it’s busy (and this was certainly true when I was a restaurant waiter back in college), people seem more focused, more in motion, more fired up to deliver. Maybe it’s because the adrenalin kicks in because the customers are coming out of the woodwork. More transactions are happening, more money is flowing, and it’s just more active. Motion creates energy. Energy creates results. Is that also true for your company?

On the other hand, slower nights (or slower seasons) seemed to cause our attention spans to wane and our energy levels to sag. We made more mistakes. Our focus wasn’t that much in focus. It was Yawn City. Wake me up when it’s over.

Stop calling it the off-season!

First, I say get rid of the term “off-season”! Erase it from your brain. Lose that mind-set. Just don’t refer to it as that anymore. Rather, treat it like (and refer to it as) your preparation season. It’s a mind-set, to be sure. Use your slower times to get your team prepared for the busier times, to take stock of what needs to be done, such as:

Twisting the familiar turned around a seasonal resort

I suggested this concept to a lake resort client located in a seasonal area, with the bulk of their business being in the summer months. They told me their customer service marks always suffered in the off-season. They had more issues in the slower months than the busy months. They didn’t close in the off-months, they just slowed down. Sometimes to a trickle.

I jumped on this by suggesting to the general manager that we begin with removing the term off-season from their vernacular. His reaction was predictable: “What?” He was initially taken aback by this strange suggestion of how we should twist the familiar.

This sea change wasn’t accomplished overnight. I designed a total immersion, a necessary approach for success to happen. Both the management team and the front-line team were exposed to the idea and the benefits behind it. We kicked preparation into high gear, twisting and turning procedures while looking backward (what did we do, how did we do it, how did it turn out?) and planning forward (what do we need to do, what can we change for the better?). I challenged their status quo. We examined, planned, practiced, executed, and evaluated. We got ready for prime time busy-season.

Ultimately, that resort team was better prepared and more fired up for their high season than ever before, and they kicked you-know-what. Their customer satisfaction scores soared and earned them a bonus from the owners. It resulted in more leads for business. Looking back on it, I knew that my first challenge was to get them to change their mentality. Indeed, the term off-season was now R.I.P. at that resort. Good riddance.

It works for professional and collegiate sports, why not for your team?

Every summer, college football teams and NFL squads all over the country are in the throes of preseason preparation and “grunt work” getting ready for the upcoming regular season. They are conditioning, getting back into game-ready shape, syncing up with each other so they can perform as a team. New coaches are getting to know their players and vice versa. They are changing up what didn’t work so well last season, and instilling new plays with some new players in different positions.

They are working to improve and compete at a higher level than before.

For the sport of football in July and August, it may be their off-season but they are not taking it off.

Don’t fret, you don’t have to be a football fan or even know the difference between a touchdown and a field goal to embrace this. Just think of it as an approach we can apply to your own business model. Dump the idea of how off-season is treated and handled, and embrace a new way of thinking and approaching it as preparation season. It’s the same basic idea I instilled in the aforementioned resort. Get the blocking and tackling schemes in place before your busy season so you’re better prepared and ready to go.

By dumping the term off-season, you and your team will be in the right frame of mind to approach your prep work for busy season like never before.

After all, if you own a business or lead a team of people, the last thing you want is to be caught flat-footed when your business cranks up again into busy times, when you likely make the lion’s share of your annual revenues. Why squander the opportunities because you and your people cruised through the slow season and sleep-walked through areas you could have been examining and improving, such as sales, service, delivery, and quality output. Keep your team out of Yawn City.

How do you build a winning effort?

The bumper-sticker answer is usually “one brick at a time.” But what does that really mean? Simply put, it refers to working on your X’s and O’s fundamentals before show-time and your show will go much better.

As a capstone for this topic, I’ve always loved a particular quote from former Michigan State (and current Minnesota Vikings) QB Kirk Cousins. After winning the Big Ten title years ago, Kirk explained his take on preparation. I think it applies beautifully here, regarding putting in the necessary preseason grunt work, the behind-the-scenes sweat equity, in order to create winning results when prime time arrives:

“Championships are built on a thousand invisible mornings, when no one is watching.”